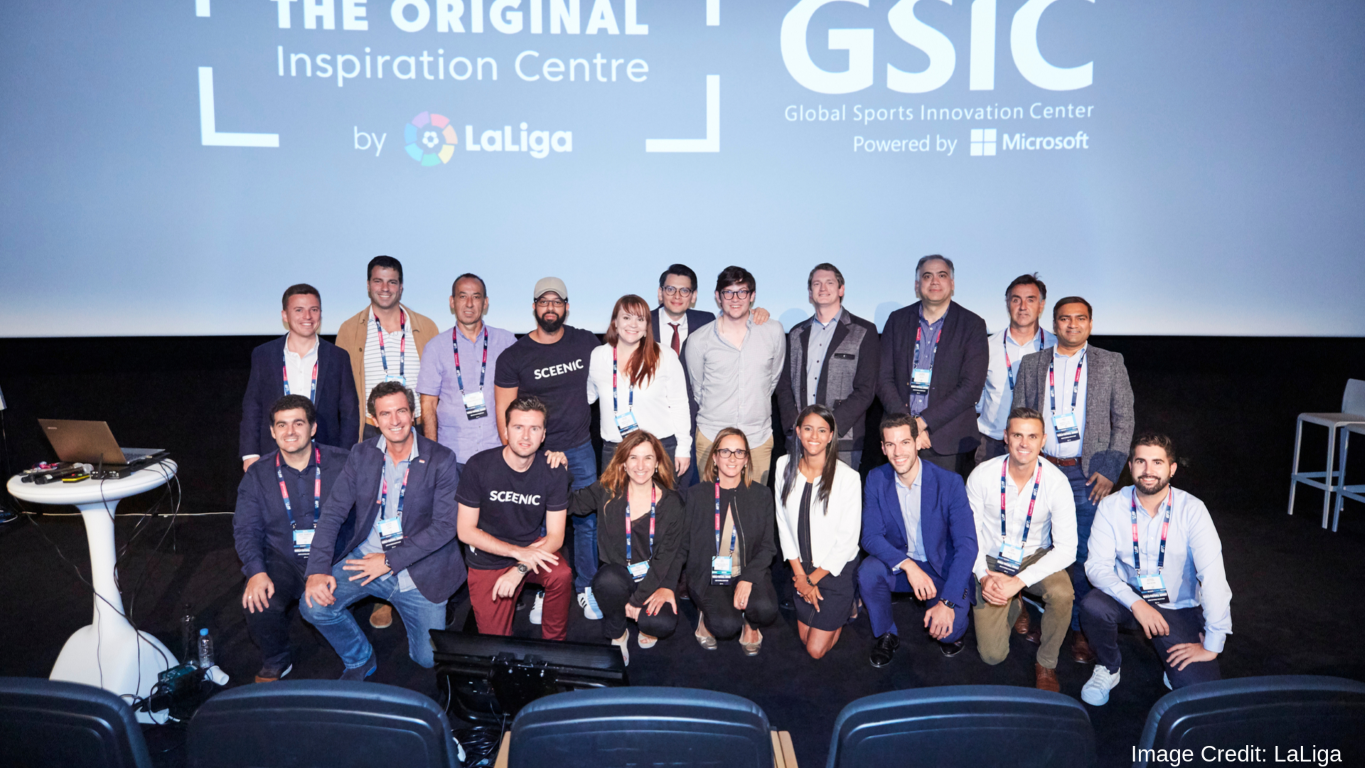 LaLiga, the organising body of the top two divisions of Spanish club football, recently revealed the winners of a new initiative designed to identify startups to propel the organisation’s fan experience efforts.

The Original Inspiration Centre by LaLiga, supported by the Global Sports Innovation Center (GSIC) powered by Microsoft, announced the names of Startup Competition 2019’s 10 winning companies, bringing to a close a trailblazing project that launched in February and attracted entries from 279 candidates and 55 different countries.

Startup Competition 2019 was the latest initiative developed through a global partnership agreed between LaLiga and Microsoft back in 2016. The objective of the contest was to identify disruptive solutions that could help LaLiga and its clubs forge ahead in the fields of innovation and technology.

Minerva Santana, head of innovation and global development at LaLiga, tells us: “The fan experience can be enhanced in many ways through technology, turning it from 90 minutes every weekend into a week-long experience.

“During this year’s competition, we were looking for innovations in areas such as social media engagement, VR and AR, gamification, smart venues, big data and machine learning.

“These innovative technologies enable us to take our fans to the future. Imagine opening a stadium to LaLiga’s billions of social media fans to live the experience as if they were there.”

LaLiga specifically asked for entries to the competition under the fundamental themes of fan engagement and smart venue, as well as media and performance. From the initial entries, the list was whittled down to 25 who were given the chance to present their solutions to a panel of judges featuring representatives from LaLiga, Microsoft and GSIC.

The 10 selected initiatives, representing five countries, advanced to last month’s immersion week in Madrid, with two apiece chosen from the fields of fan engagement and smart venue. Under the former, Watafan and FanWide emerged victorious.

A Spanish technology brand, Watafan gives image rights owners the opportunity to generate collections of autographed digital picture cards, signed cryptographically, and obtain recurring income every time fans buy and sell them on the secondary market. Its use of blockchain technology prevents counterfeiting and would protect a club’s income.

Software created by an American company, FanWide, allows fans located in overseas countries to identify bars and restaurants where LaLiga games are broadcast, connect with fellow supporters and meet up with them to watch a match. It also allows registered bars, clubs and leagues to organise official events based around their brands and those of their sponsors and suppliers.

Under the banner of smart venue, Australian firm Solos and UK-headquartered Snaptivity were chosen.

Solos has developed smart technology in the form of a tag which can be implemented in one of two ways; either portable and transferable to any garment, or integrated into merchandise during the manufacturing process. The tech can offer experiences and premium content through the club’s app to users who acquire the tagged merchandise or scan the tag.

Snaptivity’s AI software measures the emotions of fans in the stadium via a group of sensors. These sensors are connected to cameras inside a stadium and when they identify an emotional situation, they take photos and send them within a matter of seconds to the mobile devices of fans who have registered on the club’s app. The photos can also drive activation campaigns for sponsors, with the emotion detection feature potentially used to send notifications with offers of products or services available in the stadium and at the official club store.

Concerning how the Startup Competition will benefit both LaLiga and its clubs, Santana says: “The venture is about empowering talent in the football industry. The way in which we want to create value with this initiative is through discovering and supporting the growth of unique solutions that, when applied to our activity, will be able to change in a disruptive manner the way in which LaLiga and its clubs relate to their fans and partners, and the way we make decisions.

“By providing a platform for these new startups we want to help our clubs develop the best solutions for their fans, inside and outside of the stadium. Our goal is to be the first choice of entertainment for the fans worldwide.

“To achieve that we are aware that it is crucial to know their consumption preferences but also create new ways to live football based on experiences and emotions. Ultimately, a more engaged fanbase has long term benefits for the long-term growth projections of clubs, many of whom are working to expand into international markets.”

Regarding the opportunities due to be provided to the selected startups through their involvement in the project, Santana states that benefits will be three-fold through cooperation with LaLiga, its clubs and the GSIC.

Based in Madrid, the GSIC is a business cluster created by Microsoft’s sports team that brings together stakeholders from across the sports industry, focusing its activities and services on the five areas of entrepreneurship, business networking, applied research, showcasing and Microsoft Solutions.

Santana adds: “Each winner benefits from an immersion week at LaLiga, during which time they will work with our technology experts and receive training sessions, focus on commercialisation techniques and digital skills, as well as gain a three-month acceleration programme with GSIC, where they will receive workspace showroom space at GSIC offices, contact with industry experts, investors and much more.

“During this stage, we will also be introducing the solutions to the clubs and select pilot projects are to be developed. Having the opportunity to work with LaLiga and its clubs to validate the solutions is a significant differentiating factor compared to other competitions or acceleration programmes.”

Regarding the clubs’ role in the process, she says: “LaLiga has counted on the clubs for the development of the competition, they have shared with us the different challenges they face related to the four areas of the startup competition. At this moment we are working closely with 11 clubs in the valuation of potential pilot projects covering all areas.”

Aside from the Startup Competition, LaLiga furthered its commitment to fan experience with the signing of a strategic alliance with Movistar earlier this month. Designed with the league’s domestic fanbase in mind, the telecommunications brand of Telefónica has opened up the partnership with the launch of Área Movistar LaLiga at its flagship store in Madrid.

The exhibition allows fans to see all the kits of LaLiga Santander and LaLiga SmartBank clubs, take photographs with the trophy and official competition ball, and take part in a quiz and a contest to celebrate like a true footballer.

With more than a thousand square metres dedicated to football, Área Movistar LaLiga will include technology whereby fans can attempt to analyse a match on a television set, or interact with areas designed to replicate media mixed zones in LaLiga stadia.

Área Movistar LaLiga is due to remain in Madrid until October 31, at which point it will then travel to 26 cities across Spain. A LaLiga spokesman tells us that more activities are planned as part of the alliance and Movistar’s role as a LaLiga broadcaster, but adds the venture will not extend to other markets in which the company has a presence.

The spokesman says: “Movistar is the LaLiga broadcaster for Spain, so this particular activity is focused here. LaLiga carries out many fan experience activities around the world, from viewing parties to technology showcases and Spanish cultural experiences.”

On a broader note, Santana says LaLiga is “constantly working” on new technologies than can boost the fan experience. She adds: “From a TV viewing perspective, LaLiga’s Replay360° technology allows viewers to experience the best of the action from any angle thanks to 38 cameras installed throughout Spanish stadiums.

“There are now eight Spanish stadiums that provide this technology. We are also experimenting with VR experiences through the Samsung Gear headset and AR with Microsoft HoloLens, putting fans inside the stadium from any location.”