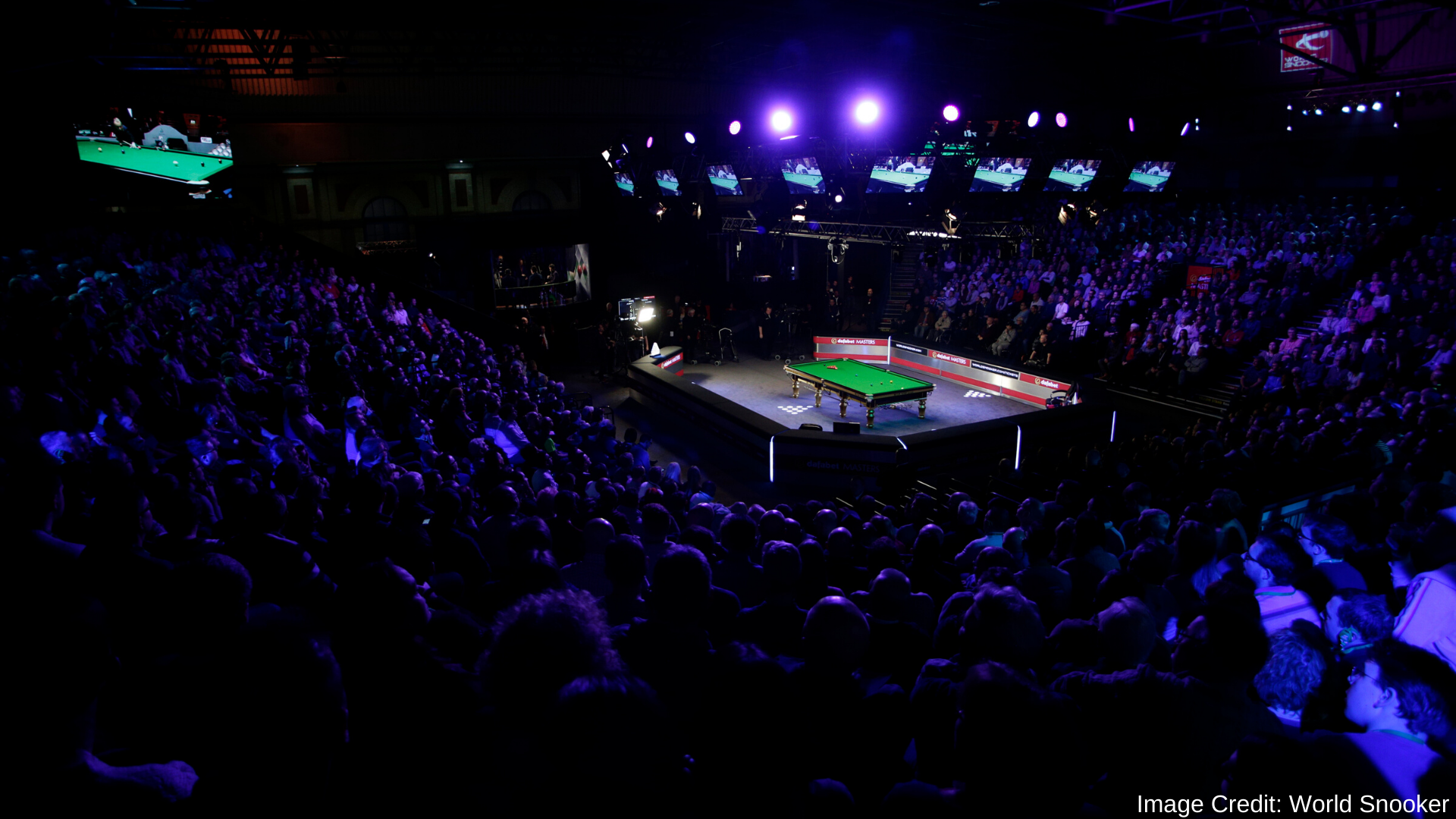 Snooker fans have been promised a unique luxury experience that aims to provide the ultimate setting to enjoy a major sporting event when the Masters takes place at London’s Alexandra Palace in January.

World Snooker this month unveiled a range of VIP packages for the 2020 Masters on January 12-19. One of the sport’s Triple Crown events alongside the World Championship and UK Championship, the Masters is snooker’s second oldest tournament behind the Worlds, having staged its first edition in 1975.

In 2010, World Snooker was taken over by Barry Hearn’s Matchroom company. Since then, the sport has grown from seven events per season to 25 around the globe, with total prize money rising from £3.5m to £14m. The standard of play on the table is also considered stronger than ever, with all-time greats such as Ronnie O’Sullivan, John Higgins, Judd Trump, Mark Selby and Neil Robertson at the top of the sport.

These factors, along with World Snooker’s focus on marketing and fan engagement, have led to a dramatic increase in demand for tickets at its biggest events. Since the Masters’ move to Alexandra Palace in 2011, the number of tickets sold and revenue generated has more than doubled.

The new experiences are designed to service further growth for the Masters, with World Snooker believing the event offers the opportunity to bring in fan experience innovations, due to the size of the arena, which seats over 2,000, the nature of the London crowd, the prestige of the event and the level of demand.

To this end, World Snooker has introduced two new standalone fan experiences for the 2020 Masters – Century Club and the VIP Booths. Limited to 40 seats, the former is priced at between £355 and £495 per session, or between £579 and £849 per day.

Describing what fans can expect, a World Snooker spokesman told Fan XP: “The Century Club is in an exclusive glass fronted suite, behind the stand facing the baulk end of the table. The glass is one way, so that fans can move and talk quietly even while play is in progress – something they have never been able to do before at this event.

“They will receive Champagne reception, table drinks service as well as a three-course lunch or dinner and an appearance from a snooker legend. We also provide allocated parking very close to the venue as we realise this is an important issue for many fans.

“This experience will be unique even to fans who have watched snooker live on previous occasions, because of the opportunity to move and talk during a frame. We recognise that while most snooker fans want to sit quietly and enjoy the action, others might want more freedom. All sports must recognise that the demands of fans are changing, particularly in a city like London where there are so many leisure options.”

The VIP Booths present a cheaper option, priced at between £279 and £425 per session, or between £495 and £695 per day. With 24 seats available per session, World Snooker says: “The VIP booths are on comfortable Chesterfield sofas situated between the TV studios and the black end of the table. So, fans in these booths are actually closer to the action than the television commentators!

“Again, the package includes Champagne, lunch or dinner, a complimentary bar, an appearance from a legend, VIP parking and other benefits. Drinks and snacks will be delivered to the booths during the intervals of matches. But the real thrill for fans will be to get so close to the action they will be able to get a fantastic sense of the atmosphere and the skill of the players.”

Alexandra Palace will be reconfigured to accommodate the new offerings from World Snooker, which states this has been a “long process” working alongside broadcast partners the BBC and Eurosport, the arena itself and Tran-Sport, which rigs the venue.

World Snooker says: “We have looked at what is possible in the space, and how this might affect the players. Obviously, the primary concern is the players as we can’t allow movement or noise which would put them off once matches start. The one-way glass and position of the Century Club suite achieves this.

“The VIP Booths are very close to the table but no closer than the standard seats at the Crucible, which the players have got used to over the years. We are sure we have got the balance right and of course we will evaluate this after the event.”

World Snooker has said the new venture is the result of concerted research into the snooker event experience.

In terms of what works well at the moment, and where there is room for improvement, World Snooker says: “In recent years we have looked long and hard at our events and what they offer to fans.

“While the snooker itself is a superb product, we know we have to consider what happens before and after the matches. We want fans to come to our events and feel as though they have had a great day out overall. At most of our events now, fans can go to CueZone in the main foyer where they can get free coaching and have a go on a professional table, which is very popular and a good way to get children involved and help them learn how to play.

“At many events we have merchandise, food and drink, and game zones featuring our official video game Snooker 19. Through online surveys and social media, we get plenty of feedback from fans on their experiences at events and what they would like to see. This is an ongoing and evolving process as we learn more about our fans.”

Standing Out in The Event Space

World Snooker is not alone as a sporting body in having to meet the challenge of ensuring its events stay relevant in the constantly evolving sports landscape, amid rising competition from both sports and entertainment events. The organisation’s latest venture is designed to reflect its desire not to stand still, with a view to drawing new fans to the sport.

World Snooker adds: “The world is changing; consumers are changing and we have to attract a new generation of fans. Young people are growing up in the digital world and have so many options available to them without stepping outside their front door. So, every sport and every entertainment event has to create reasons for them to buy a ticket.

“We have to keep our core audience coming back to snooker, and attract new fans. We have done this successfully over the past decade as our ticket sales for all of our events in the UK have more than doubled and we have launched new events in various areas. But we fully recognise that it is a new challenge every year to maintain and improve that growth. Any sport which doesn’t understand that will get left behind.

“Last year at the Masters we made a significant change by introducing big screens at the top of each stand, to play video footage as the players walked in, and show the action itself. This made a huge difference, particularly with the atmosphere during the walk-ons. The new packages at the Masters this year will, we hope, bring in new fans who have not experienced snooker before, but once they find out what the sport is about, they will come back for years to come.”

This exclusive interview with World Snooker is part of Fan XP- a newsletter designed to keep you abreast of the latest innovations, strategies and more regarding fan experience across the globe. To sign up, please click here.