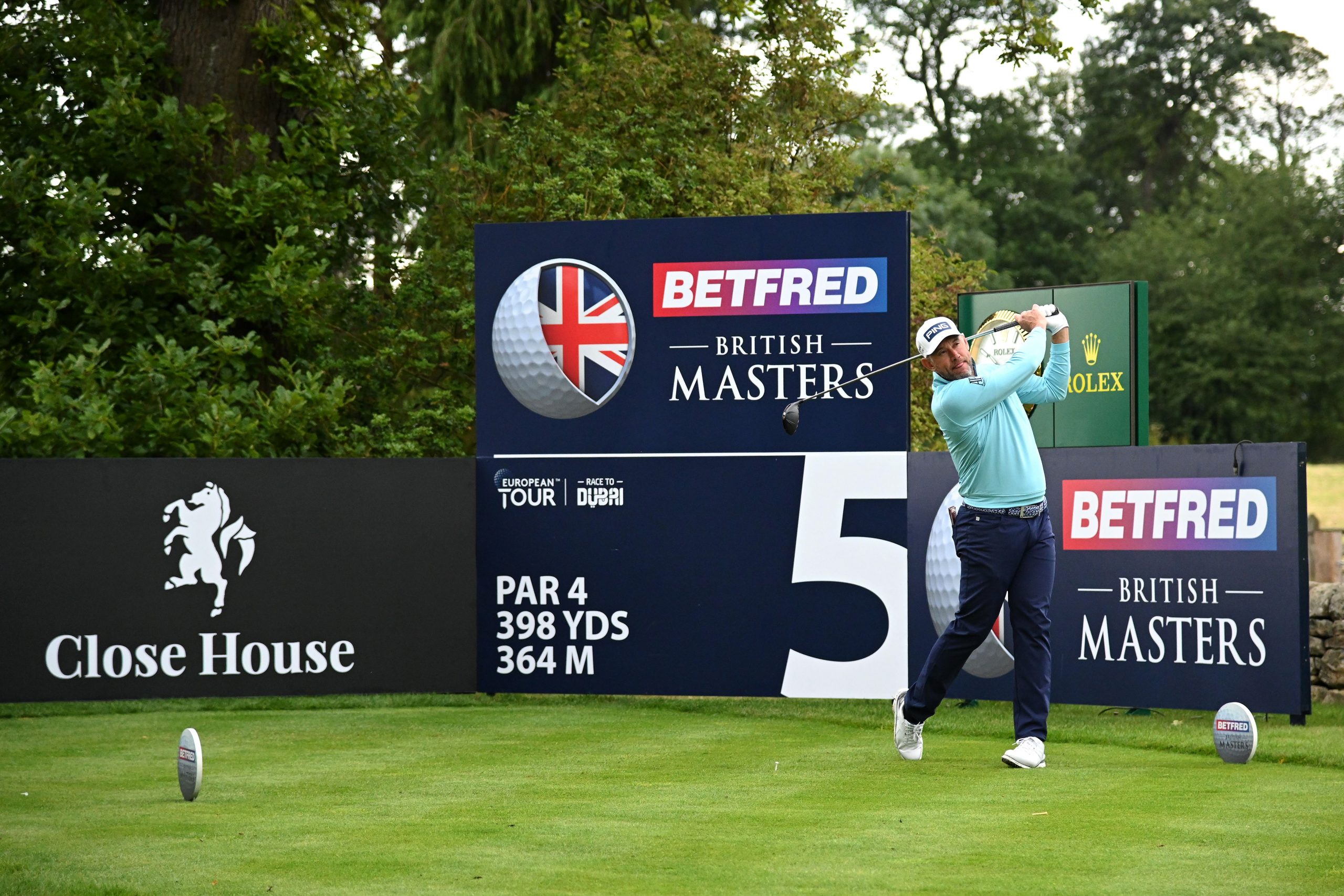 Wednesday 19th August 2020 – Tomorrow sees the fifth and penultimate round of the European Tour’s UK Swing Series get underway with the ISPS HANDA Wales Open four-day event taking place at The Celtic Manor Resort in Newport.  We successfully designed and produced all on course event branding for the UK Swing Series on behalf of the European Tour including directional and Covid-19 safety signage.

The first Women’s Major of the year tees off this Thursday with the AIG Women’s Open taking place at Royal Troon.  We have been on site providing feature branding around the 18th green. This follows the return of women’s professional golf in Scotland, where we provided all branding and signage at last week’s Aberdeen Standard Investments Ladies Scottish Open at the Renaissance Club.

NEWCASTLE UPON TYNE, ENGLAND – JULY 25: Tournament Host, Lee Westwood of England, Renato Paratore of Italy and Sir Graham Wylie, owner of Close House poses with the trophy after the final round of the Betfred British Masters at Close House Golf Club on July 25, 2020 in Newcastle upon Tyne, England. (Photo by Andrew Redington/Getty Images)

CSM has been closely involved with the return of golf to this year’s sporting calendar, having also developed and delivered every aspect of the Paddy Power Golf Shootout in June.  The tongue-in-cheek, Pro-Am tournament was one of the first behind-closed-door sporting events to take place in the UK, providing fans with a welcome fix of live televised golf after a three-month hiatus.

Wrapping up the summer of golf, we will also be responsible for event delivery for the two UK-based Rolex Series events played in the UK in October, the Aberdeen Standard Investment Scottish Open at The Renaissance Club and the BMW PGA Championship at Wentworth.

Head of Golf at CSM Live, Andrew Moir said, “It’s been great to be so closely involved with the return of golf. At CSM we’re incredibly passionate about the game and proud to have the opportunity to facilitate its return. With so many events postponed, the UK Swing Series, and the women’s events taking place in Scotland gives TV enthusiasts a much-needed chance to enjoy live golf once more. Given our previous experience delivering safe golf events, we were eager to put that into practice this summer and contribute to the safe delivery of live golf in the UK”.

The UK Swing Series concludes in England next week with the ISPS HANDA UK Championships at The Belfry from 27-30 August, a venue familiar to the CSM Live team, who worked there on the event delivery of 2002 Ryder Cup as well as the 2010 Ryder Cup at Celtic Manor.