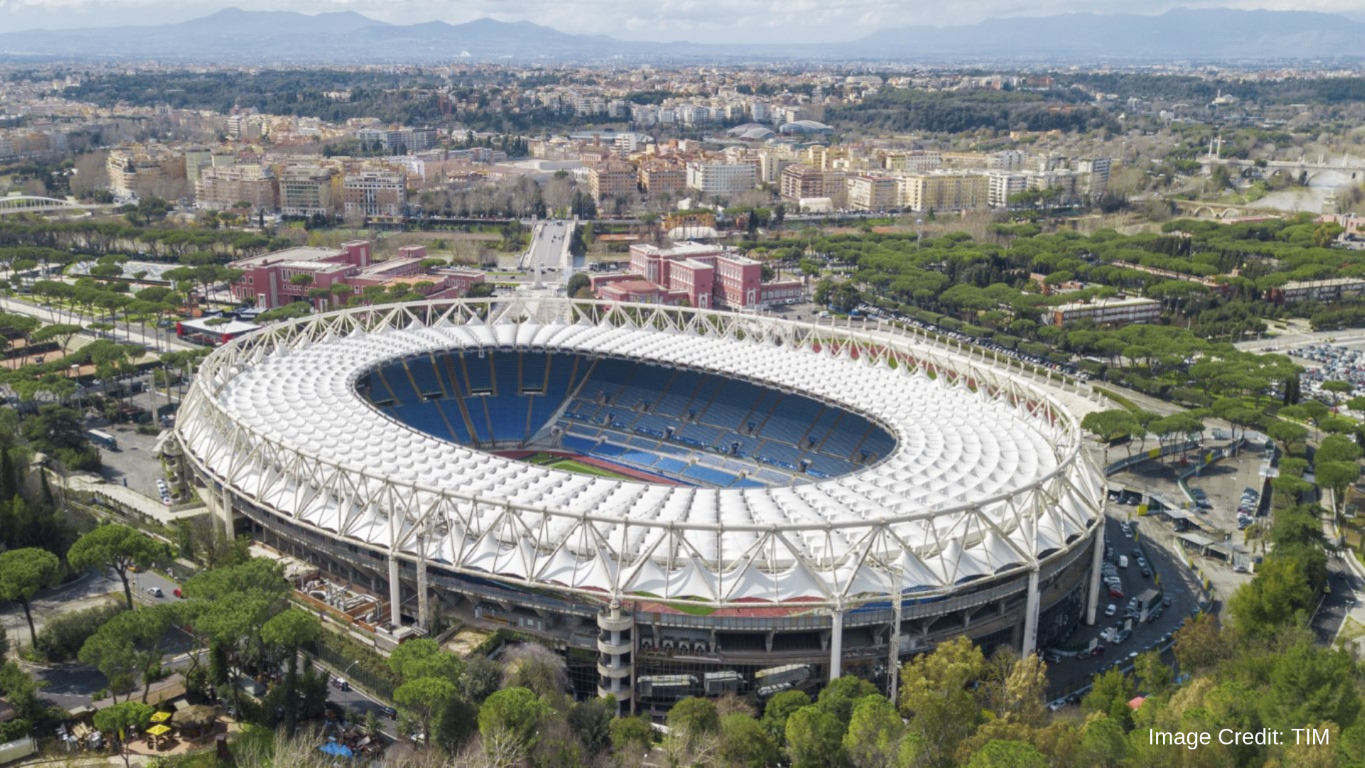 Fans attending the Coppa Italia final between Atalanta and Lazio will be treated to an enhanced experience today (15th of May) through the launch of an app that will provide a host of services, including the ability to live stream the game from multiple camera positions.

The two Serie A teams will meet at Rome’s Stadio Olimpico (pictured), home of Lazio, with the tournament’s organising body, Lega Serie A, launching ‘TIM Cup Finale 2019 Fan +’ for the occasion.

Designed by the Infront agency, the mobile app allowed fans to view videos, news, statistics and other content ahead of today’s kick-off, as well as providing quizzes on the history and champions of the Coppa Italia, officially titled the TIM Cup through the tournament’s sponsorship agreement with Italian telecoms provider TIM.

Fans at the Stadio Olimpico will be able to download digital autographs of players from the two teams and follow live streaming of the game by choosing views from angles otherwise not available to them from their seats.

Lega Serie A CEO Luigi De Siervo said: “Fan + will allow all the fans present at the stadium to live an exclusive and personalised experience. Mobile applications are now increasingly common in everyday life, the real challenge is to be able to provide all spectators with an engaging service that can improve the fan experience.”

Jean Thomas Sauerwein, managing director of Infront Italy, added: “We are pleased to have concluded this partnership with Lega Serie A for the TIM Cup final, because it represents an important step in the continuous research and creation of services that improve interaction with the fans at the stadium.

“We have already successfully launched the Fan + model with Genoa, Sampdoria and Udinese, and I am sure that this solution can lead Infront to strengthen its role as a digital partner of clubs, leagues and federations.”

Kaspersky Lab and Kia Motors have signed up to sponsor the app, while its use will also be aided by recent work carried out by TIM at the Olimpico.

In February, TIM revealed it would introduce 5G technology at the Olimpico and Udinese’s Dacia Arena through a partnership with US in-building and outdoor mobile wireless systems firm, JMA Wireless.

TIM said that in response to the growing demand for greater connectivity and to guarantee an ever-increasing digital experience for its customers, 4.5G capacity had been introduced in the two stadia using JMA’s XRAN virtualised RAN platform.

The virtualised mobile network solution, fully integrated into the TIM live network, is seen as an important evolution of the 4.5G network in the two venues. It has doubled mobile connectivity performance and guaranteed a reduction of operating costs through a smaller footprint, lower consumption and greater simplicity of installation compared to traditional equipment.

TIM said that through the virtualisation of the access network it is reiterating its commitment to a move towards 5G by ensuring efficiency and flexibility as it provides new digital services.