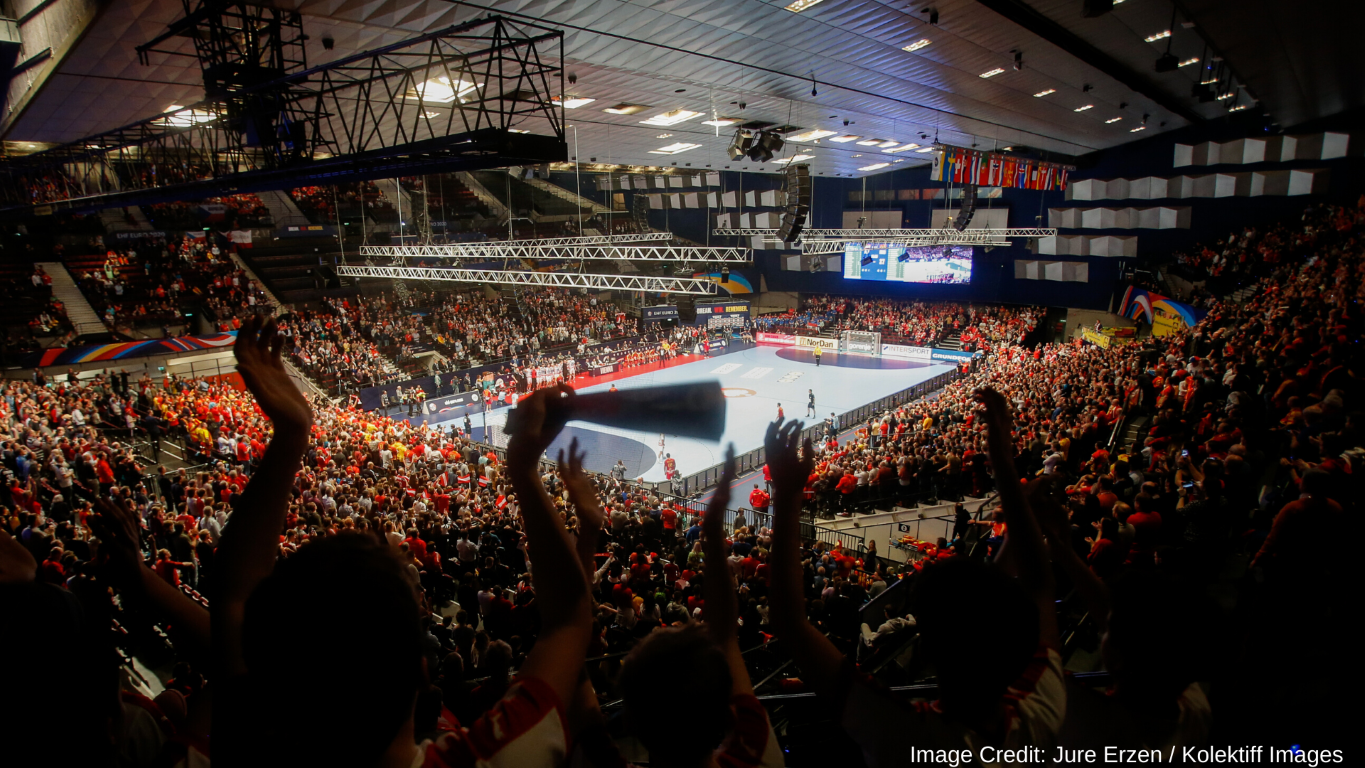 DIGITAL EXPERIENCE TO THE FORE AT LANDMARK HANDBALL EUROS

The European Men’s Handball Championship concludes this weekend, with the event having ushered in a new commercial partnership that promises to provide an all-new handball experience.

Euro 2020 commenced on January 9, with the tournament setting several firsts for the European Handball Federation (EHF).

Expanding to 24 nations, this year’s Euros are also the first to be held across three countries – Sweden, Austria and Norway – while the upcoming finals weekend is to be held over three days, another first.

On the eve of the event, the EHF enhanced its connection to Kinexon by agreeing a long-term deal with the German tracking and analytics company.

Kinexon has worked previously with the EHF, providing ball tracking at the 2018 edition of the Final4, the culmination of the Champions League club competition; as well as at that year’s Women’s Euro. Kinexon also offered both ball and player tracking at the 2019 Final4, with Euro 2020 marking the start of the new relationship.

Kinexon will capture live data at all EHF Euro events up to and including 2024, providing the first holistic use of the technology at an official continental championship.

As well as ball and player tracking, referees are being tracked for the first time at Euro 2020.

The EHF and Kinexon hope their partnership will benefit teams, players, coaches and commercial partners, but it will also have a significant impact on fans, both at home and in-arena.

Real-time data on video cubes will provides fans in the arena with exclusive insights, allowing them to view the game from a new perspective.

This has contributed to enhancing a Euro 2020 fan experience that has a significant focus on digital, according to Thomas Schoeneich, head of media and communications at the EHF.

He tells us: “Especially on the digital side of things, there is huge focus on fan engagement. The EHF Euro 2020 app features tools such as a match predictor and the all-star team vote.

“We are partnering with a Swedish start-up called Antourage to offer exclusive streaming of micro content through the app and, last but not least, we have entered a partnership with Kinexon for player and ball tracking. The data we gather here is not only available online, but is also set to add to the fan experience in the arena.”

By the end of Euro 2020, Sweden will have staged two preliminary round groups and one main round group, as well as the final weekend.

The venues are Gothenburg’s Scandinavium, Malmö Arena and Tele 2 Arena in Stockholm, a stadium that has a capacity of around 30,000 seats for sports events and will host the final weekend.

In Austria, two preliminary round groups and one main round group have taken place in the Vienna Stadthalle and the Stadthalle Graz.

Meanwhile, Trondheim’s newly built, 9,000-seat Trondheim Spektrum arena was the venue for the two preliminary round groups played in Norway.

Regarding the fan zones for the Euros, Schoeneich says: “The fan zones are also a place for the national suppliers to activate, hence they are definitely tailored towards the local public. Also, the EHF Euro’s sponsors have key markets, so they have their preferences how to activate depending on the respective markets.

“To give you some examples, we have an ‘Austrian’ and a ‘German’ house during the main round in Vienna. These are very much in the tradition of the ‘Houses’ at Olympic Games with a live stream of the matches.

“Everything will then culminate in Sweden at Tele2 Arena for the final weekend. There we will have two fan zones. One is the ‘Tolv’, a 12,000-square-metre area on the street level of the Tele2 Arena with loads of restaurants and games. The second one is a 2,000 square metre area in the arena.

“You can play street handball there, sponsors and partners are present, and we will also organise the media call there with an option for the teams to meet and greet the fans for a short amount of time.”

The Men’s Euros are held on a biennial basis, with Croatia staging the 2018 tournament and the 2022 and 2024 Championships due to be hosted by Hungary/Slovakia and Germany, respectively.

“It is fair to say though that the digital developments over the recent two to three years have obviously massively increased our opportunities, and especially over the past two European Championships the EHF has invested significantly in this area.

“On top of this, partners, sponsors and national suppliers are becoming more active and use handball as an emotional platform to reach their customers.

“During EHF Euro 2020 the most visible engagement tool is the Lidl fan sofa in several venues, which allows two fans to follow the match from a prime position.”

The unique nature of Euro 2020, when compared to previous European Championships, has meant the EHF has had to address several new issues to ensure the fan experience is up to scratch.

Schoeneich adds: “The challenge is to create an equal experience across the three hosts. This is obviously easier on the digital side of things, because there are no borders, but it also applies to the fan experience inside the arenas and to assets such as Fan TV and the fan zones.”

This exclusive insight into the 2020 EHF European Men’s Handball Championship is part of Fan XP- a newsletter designed to keep you abreast of the latest innovations, strategies and more regarding fan experience across the globe. To sign up, please click here.