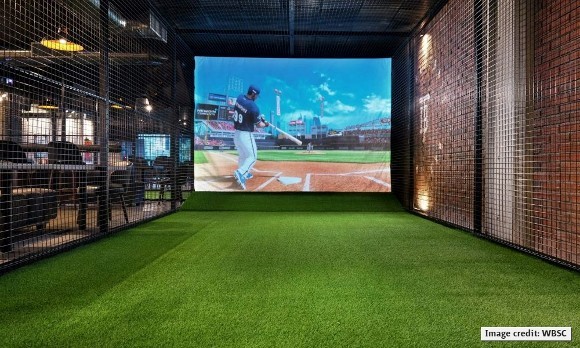 The increasingly symbiotic relationship between the physical and digital elements of sporting events has led to innovative moves towards esports, non-fungible tokens (NFTs) and the metaverse by clubs of different sizes over the past 18 months.

Governing bodies in sport have been embracing the virtual sphere, and, for the World Baseball Softball Confederation (WBSC), developing experiences that have been commonly coined as ‘phygital’ in the industry is set to bring fresh opportunities to connect with followers across the globe.

The WBSC recently teamed up with technology provider Newdin Contents to launch the concept of a Virtual Baseball World Cup. Newdin is based in Seoul, South Korea, and creates digital, virtual and augmented reality sports simulation experiences as leisure products across the sport and entertainment industries.

According to the WBSC, the launch of the Virtual Baseball World Cup marks just the beginning for the partnership with Newdin, with the two parties also keen to develop projects in esports.

“Korea is a tech innovation leader and is one of the top-ranked baseball nations in the world. These elements set the stage for the WBSC and Newdin to come together for the launch of a Virtual Baseball World Cup competition,” a WBSC spokesperson told Fan XP.

Details regarding the development of the format, rules and dates of the inaugural virtual baseball competition are all yet to be confirmed. However, the key will be to involve fans themselves in the virtual competition.

“Screen baseball showcases one of the most iconic and challenging confrontations in sports: the batter versus the pitcher. There are many elite players around the world, so we expect global interest in watching, competing and organising this new form of the World Cup.”

Despite being popular in several regions across the world – including North America and East Asia – baseball has room to grow in other markets.

However, the potential for expansion exists, as demonstrated by the 2019 MLB London Series, which was supported by CSM Live. The series featured two sold-out Major League Baseball games at a transformed London Stadium, including the league’s largest attendance for a regular-season contest since 2003.

Baseball advocates, therefore, are open to exploring opportunities in untapped markets, as well as strengthening ties in established hotbeds for the sport.

With this in mind, it is hoped that the introduction of the Virtual Baseball World Cup can establish a link between the fans and an elite baseball experience, wherever they are in the world, so that they will be encouraged to participate in the sport, as well as follow it.

For the WBSC, the latest virtual initiative is part of a broader strategy to develop the sport which, as acknowledged by the governing body, needs to provide a creative offering to attract new fans.

Eventually, the hope is to provide multiple competitions and create an attractive commodity within international sport.
“The vision is to grow our sport and engage new audiences and territories – and this, we are seeing, requires our sport to be flexible and adapt to new technologies and trends,” the spokesperson explains.

“Our aim is also to develop our World Cups into one of the most attractive properties in international sport, with the Virtual Baseball World Cup as a key pillar in that strategy.”