5 Minutes with Bert and Gavin

This month marks the start of a momentous 12 months of International Rugby, culminating in the World Cup next September. To kick-start this period, the Autumn Internationals are back at Twickenham for a jam-packed month of rugby which will see England host a number of international heavyweights from the All Blacks, to reigning world champions South Africa.

Ahead of the action kicking-off this weekend, we have sat down with two key members of CSM Live’s Rugby Team, Head of Rugby Bert Glover and Project Manager Gavin Mundy, to find out more about the work they will be delivering at Twickenham and their predictions ahead of the Autumn International clashes…

Tell us a bit about your roles as Head of Rugby and Project Manager at CSM Live.

Bert: Our small but perfectly formed Rugby Team was created initially in 2016 to service our RFU contract at Twickenham. Since then we have delivered every England match series at the stadium as well as delivering EPCR (Heineken Cup) for the last four seasons, and building our client portfolio to include Bath Rugby, Wasps’ stadium rebrand and a host of projects within the sport. We are unofficially referred to as The Department of Odd Shaped Balls as we get heavily involved in NFL as well as rugby.

Gavin: My role as Project Manager gives me the privilege of working in the RFU offices at Twickenham a couple of times a week so that I am easily contactable and on site to look at any enquiries or issues. My primary duty under Bert’s leadership is to oversee match day branding followed by looking after any other branding, wayfinding or hospitality boxes that the RFU pass across to CSM.

This month, Twickenham Stadium will be hosting a number of international test matches for the upcoming Autumn International Series. Can you explain the scope of work you deliver at Twickenham and for England Rugby?

Gavin: For the Autumn Internationals we liaise with various departments within the RFU to deliver their requirements, for both the England Rugby brand, and their commercial partners. Inside the bowl, we supply and install advertising pitch boards, brand the players tunnel, produce interview back drops, brand coaches seating areas, and install branded corner canopies. Other work includes branding/decorating various rooms and suites around the stadium and the Fan Village.

Bert: At Twickenham, the match day experience is focused more and more on hospitality and renovating hospitality boxes has been a growth area for us. Clients want contemporary, relaxing spaces to enjoy the match, and some of the recent transformations we’ve done have been very rewarding. 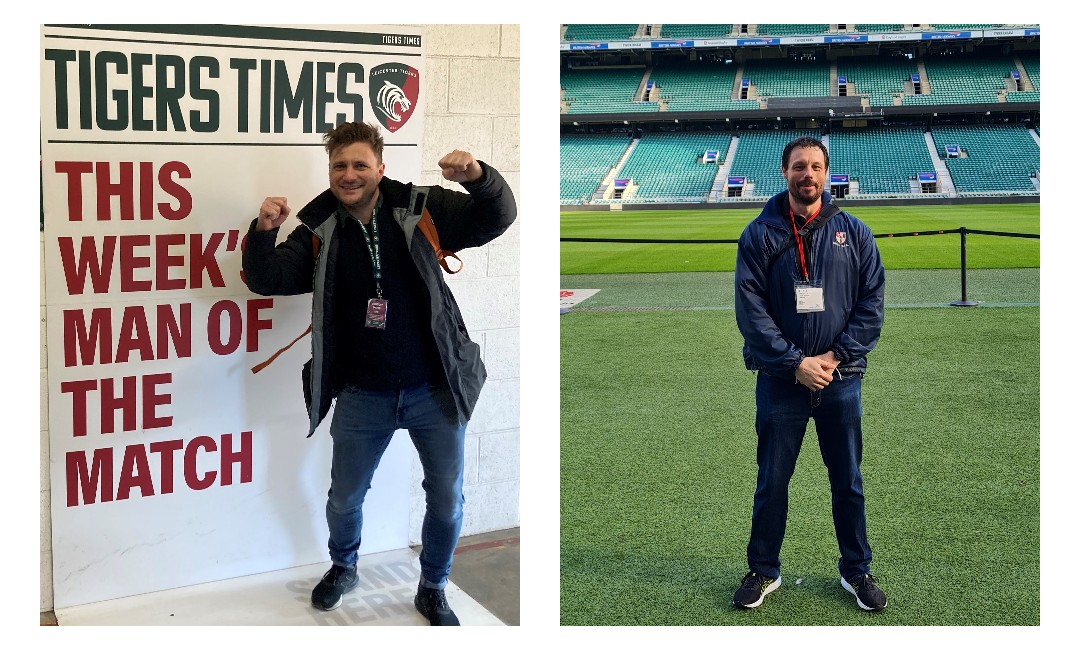 You’ve both helped to deliver matches at Twickenham on multiple occasions, not only the Autumn Internationals but the Six Nations and HSBC 7s. During your time working at these events, is there a particular moment or match that stands out for you above the rest?

Gavin: For me, the moment that stands out the most was my first match day. Taking in the atmosphere of the stadium, being literally a few feet away from the England players and Eddie Jones whilst the fans were singing Swing Low Sweet Chariot.

Bert: I’m always looking down the line and in 2023, for the first time we will have a Women’s Six Nations match at Twickenham independent of any men’s fixture. That shows the immense growth of the women’s game in recent years. We also look forward to the Women’s World Cup 2025 coming to England and hopefully being involved in a Final at Twickenham.

The Autumn Internationals were a huge success last season, giving fans an incredible day out at Twickenham and pitching the world’s best players from both hemispheres up against each other. Which matches are you most looking forward to watching this year, and with the World Cup coming up in 2023, are there any players you are expecting to see stand out in these upcoming fixtures?

Bert: If Caden Murley and Henry Arundell get much game time on the wing for England, you can expect fireworks!

Gavin:For the Autumns, the stand out game has to be against the All Blacks. Regardless of the result, you know both teams will be pumped for the fixture and there will be some great rugby! I think Courtney Lawes and Maro Itoje will have a strong tournament in the pack. Marcus Smith and Jack Nowell are ones to watch in the backs.

When not at work, what would we find you doing?

Gavin: Sleeping… I try to stay active outside of work. I love playing 5-a-side football, gym, and a bit of running. Otherwise you will find me eating and drinking with friends.

Bert: My toddlers Herbie and Wyn keep me busy. They share a birthday on 26 Feb which clashes with England v Wales – a cruel diary clash which is already giving me sleepless nights!