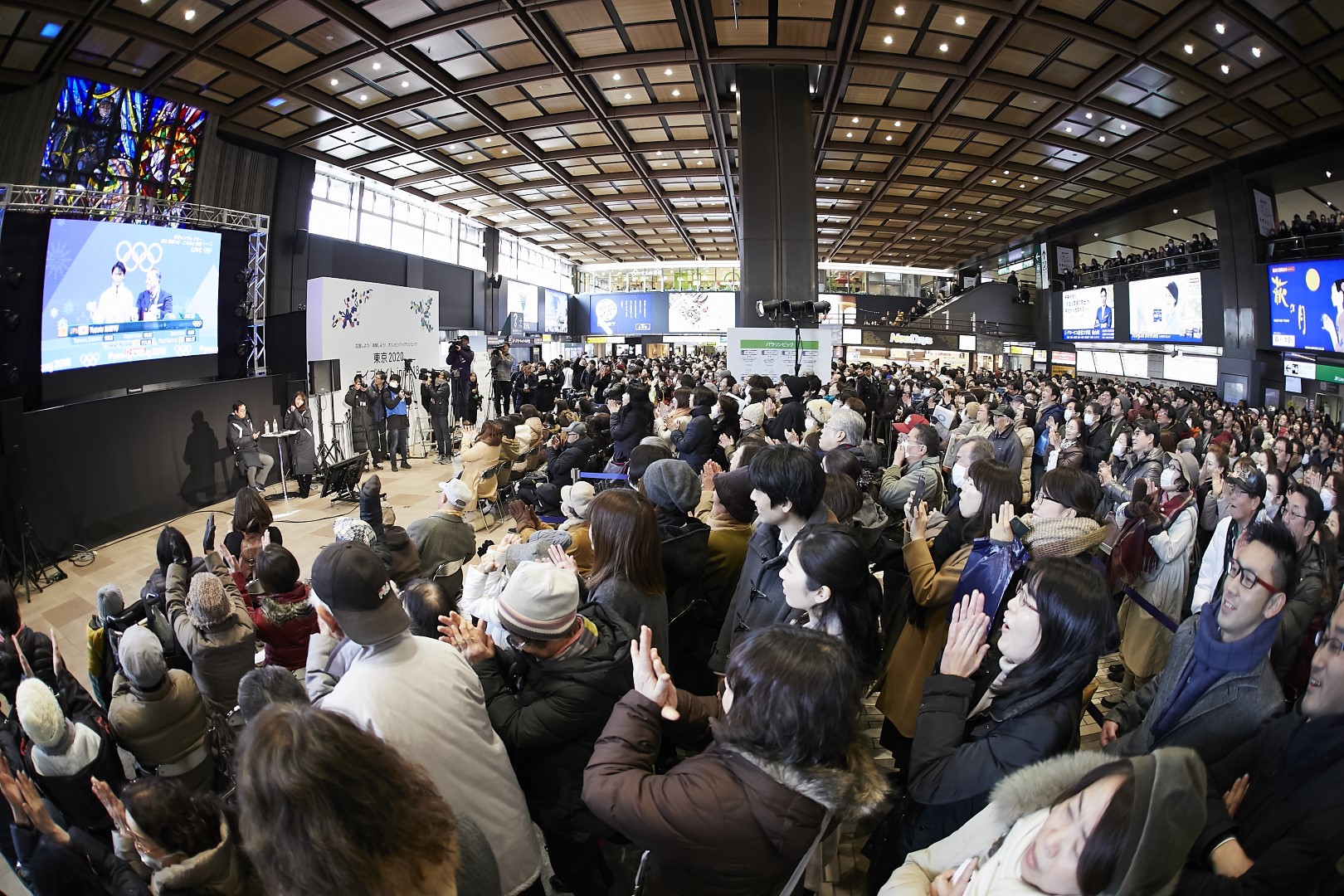 The organisers of the Tokyo 2020 Olympic and Paralympic Games are expanding upon the traditional fan zone concept with a total of 29 ‘Live Sites’ to ensure the whole of Japan is engaged in the event – whether people are ticket-holders or not.

In Tokyo itself, there will be 11 Live Sites. Kanagawa prefecture and Yokohama city will have two apiece, while Sapporo, Fukushima, Ibaraki, Saitama, Saitama, Asaka, Sayama, Chiba, Fujisawa, Yamanakakomura, Izunokuni, Ito, Gotenba, Susono and Shizuoka will have one each.

Tokyo 2020’s Live Site team tells Fan XP: “At previous Games, most live sites were organised at single Olympic Park-style locations. The Tokyo 2020 Live Sites will be hosted in a number of different locations across Japan, the aim being to involve and engage as many people as possible – part of our strategy to generate excitement across the whole country.

“We are now discussing the contents, which are likely to include sport experiences, stage events and various exhibitions and displays by the event organisers, as well as live streaming of Olympic and Paralympic events.”

The Olympic fan experience will extend beyond the Live Sites, though. In July, organisers revealed details of the Tokyo Waterfront City, an area around Tokyo Bay that will host Olympic and Paralympic events and activities.

Many of the urban and youth-focused sports that will debut at Tokyo 2020 – such as 3×3 basketball, BMX freestyle, skateboarding, and sport climbing – will be showcased in the area incorporating the Aomi and Daiba neighbourhoods, as well as the new city area of Ariake.

Visitors will be offered the chance to experience urban sports, with exhibition performances by athletes and a sport experience area. Visitors will be able to try their hand at urban sports, such as BMX and skateboarding, with Tokyo 2020 also planning to offer other interactive opportunities with ‘cool spots’ featuring mist sprays and shaded areas.

The Playground, located adjacent to Aomi Urban Sports Park, will be open to those without tickets, with visitors able to watch athletes train and warm up for events. There will be open-air warm-up areas where visitors can watch and interact with 3×3 basketball players and sport climbing athletes during their training sessions.

The Olympic Promenade will also be a ticket-free zone featuring the Olympic and Paralympic cauldron, sports and artistic performance areas, cool spots, rest areas, and eating and drinking spaces. Tokyo 2020 is also working on introducing a surfing festival at the venue for the sport’s Olympic debut – Tsurigasaki Surfing Beach.

Offerings such as the Waterfront City and Live Sites are set to cater to the significant number of fans who are likely to be unsuccessful in attempts to secure event tickets. More than 7.5 million Japanese residents have registered for tickets, while the first phase of sales saw fewer than one in five of the 5.12 million applicants secure at least one ticket.

Tokyo 2020 is therefore planning to ensure its Live Sites appeal to both Japanese and overseas visitors.

The Live Site team added: “We will be publishing details of events in each city, including the Live Sites, aimed at visitors and spectators coming from overseas via a number of different channels between now and early 2020.

“This will allow them to get the information they need before coming to Japan. We are now planning to create signage that will make it easier for them to find live site venues, and we will be posting event times and other information on the Tokyo 2020 website.”

This exclusive insight into the Tokyo 2020 Olympic and Paralympic Games is part of “Fan XP” – a newsletter designed to keep you abreast of the latest innovations, strategies and more regarding fan experience across the globe. To sign up, please click here.