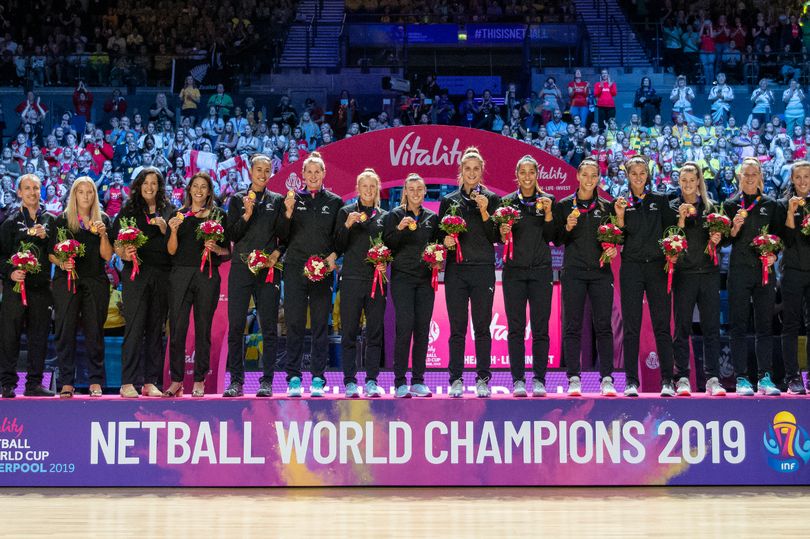 The holistic fan experience is not just about encountering eye-catching innovations, activations and attractions.

Effective wayfinding is vital, ensuring an efficient flow of visitors, but also building anticipation for spectators and making it as easy as possible for them to access facilities and make the most of their visit.

At the Vitality Netball World Cup, which concluded at the weekend, CSM Live produced the event branding and signage in and around Liverpool Arena.

Like any one-off spectacle at a venue, rather than a returning event, it is not a straightforward challenge, especially with an event that attracted large numbers of families with children. Indeed, partly thanks to the irresistible interest in women’s sports, an impressive 75,000 tickets had been sold some eight months before the event.

With large crowds guaranteed, guiding spectators around Liverpool Arena was crucial – and not just in and out of the competition arena.

With a popular Piazza and Fan Park, where games were screened live and accompanied by music, street theatre and netball activities, there was plenty to keep fans entertained and engaged, providing an immersive experience.

“The practicalities are really important, especially at an event like this, where it is one venue and you have one shot at making it work,” Richard Barrett, Senior Business Development Manager at CSM Live, tells Fan XP.

“The artwork flows across different aspects of the venue and it needs to work visually, not just for the fans in the arena, but also for those watching at home.

“Liverpool Arena is quite a tricky venue as it is relatively small, so we made sure the main routes were well signposted around the venue and there was plenty of notice as the spectators approached the arena to ensure the flow is efficient, whilst also giving them a sense of ‘arrival’ at a special occasion.

“Every venue is different, and you have to try to adapt. A great example of a sponsor creating an iconic attraction for fans and using nearby assets to add value to the event was the dressing of the Wheel of Liverpool near Liverpool Arena for Vitality which included giant flags showing each competing nation. It made a real impact and looked fantastic.”

Freestanding totems, flags and other signs were utilised for wayfinding, while the local organising committee’s volunteers were also on hand to direct people. Within the venue itself, more intricate pieces of signage were arranged to direct spectators to key facilities and areas.

“We kept it relatively simple with not a huge amount of signage, but also we’ve had to cover some of the existing signage at the arena to assist spectators and in some instances cover signage which conflicted with the event’s commercial partners,” he said.

In order to tackle the complexities of wayfinding at an occasion like the Netball World Cup, Barrett says that working closely with the venue and tournament organising committee and allowing plenty of time is essential.

“They had a great team and we loved working with all the stakeholders for the Netball World Cup,” he says.

However, it is also important to have contingency plans in place.

“We often have to handle last-minute changes at events or adapt our project plan,” Barrett adds.

“This is inevitable and our teams are versatile, dedicated and passionate about what they do, enabling us to offer proactive advice and solutions to cope with any situation.

It is understandable that eye-catching fan engagement initiatives are noticed more by visitors, but the practical benefits of effective wayfinding should not be underestimated in terms of the fan experience.

Moreover, the opportunity to be involved in an event like the Netball World Cup has been hugely beneficial and enjoyable for CSM Live.

“For us, it’s great to be part of a sport that’s thriving, and also a leading women’s sport,” Barrett concludes. “We were engaged in the venue dressing for the last Netball World Cup in Australia four years ago, so it’s been great to work on this year’s event in Liverpool and for our team to witness first-hand the momentum in the sport.”

This exclusive insight into the Netball World Cup is part of “Fan XP” – a newsletter designed to keep you abreast of the latest innovations, strategies and more regarding fan experience across the globe. To sign up, please click here.