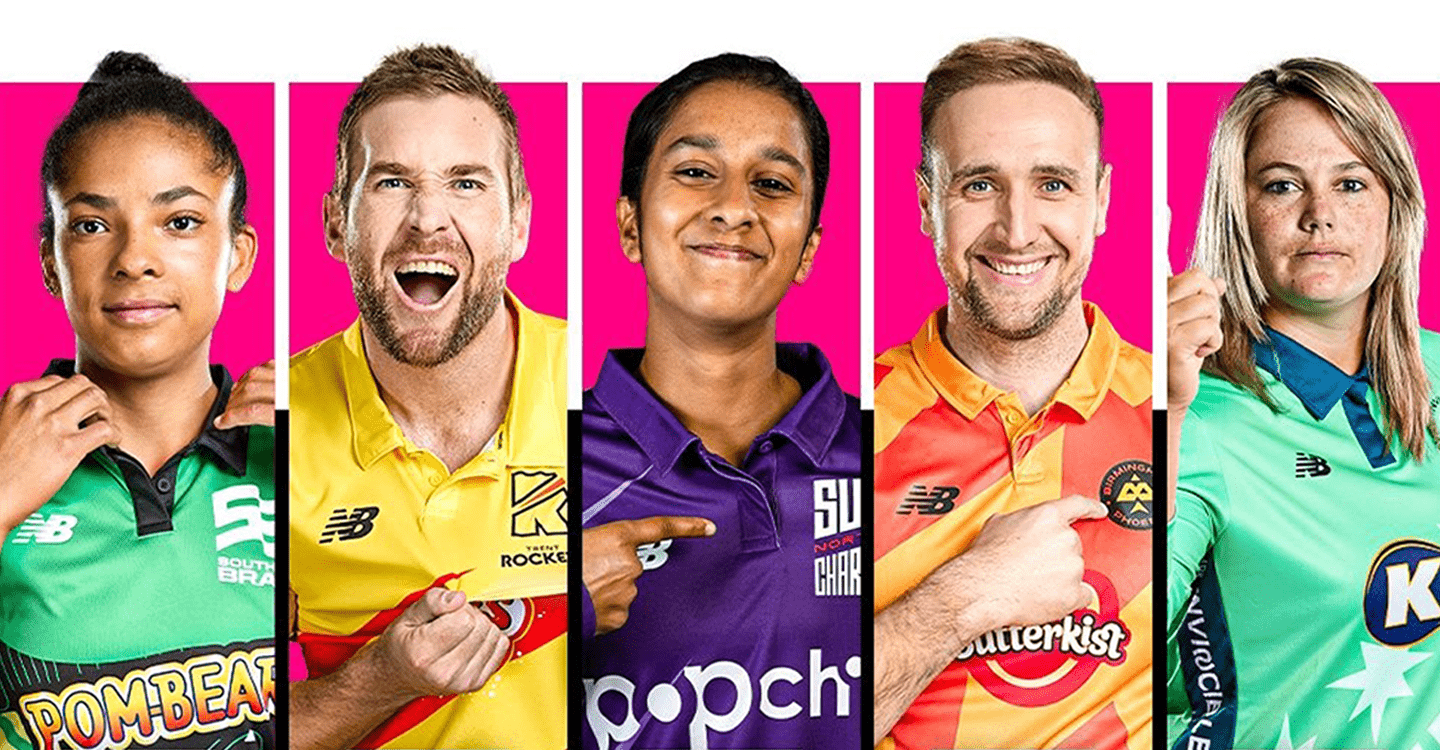 THE HUNDRED DOUBLES DOWN ON FAMILY-FOCUSED FUN FOR SECOND EDITION

The sporting summer in England and Wales means one thing: cricket.

Last year, The Hundred made its debut in colourful, musical and fiery fashion, leading to over half a million ticket sales, legions of new cricket fans, and sky-high expectations of more memorable fan experiences ahead of the second edition this year.

The Hundred is a 100-ball cricket competition played at a number of famous venues across England and Wales featuring eight men’s and eight women’s teams. Both competitions are run simultaneously to promote equality and inspire the next generation of cricket fans and players across all genders and ages.

The premise of the competition is to mix entertainment with sport to produce a family-orientated event, celebrating both men’s and women’s cricket. This year, British band Bastille will headline the men’s and women’s final at Lord’s in early September, while a flurry of live music acts – in partnership with BBC Music Introducing – will entertain crowds throughout the competition.

Phil Williams, head of event production at the England & Wales Cricket Board (ECB), which runs the competition, tells Fan XP how The Hundred has been able to appeal to a wider audience than merely established cricket enthusiasts.

“The Hundred brings together world-class sport and entertainment on the same stage,” he says. “The concept was built on insight from the outset and understanding of what the next generation want and expect from attending sporting events.

“By offering a blend of sport and entertainment at an affordable price for families, alongside a seamless digital experience through The Hundred app, we’ve been able to broaden the audience for cricket.”

Williams explains that more interactive activities will be introduced this summer, with a variety of activations planned to inspire the next generation to pick up a bat and ball.

“In line with The Hundred’s digital-first approach, fans will be able to record their scores and get their take-home content by scanning a QR code on the activations and logging in to The Hundred app,” says Williams. “There will also be a chance for fans to star as a player on their favourite team through an augmented reality (AR) photo opportunity.”

Over 16 million people watched coverage of The Hundred last year across pay-television broadcaster Sky and public-service broadcaster the BBC. The competition also smashed records in women’s sport, with a total crowd of 276,000 marking the highest ever attendance for a women’s cricket event globally.

“The Hundred is an integral part of the ECB’s strategic plan, Inspiring Generations, which aims to grow cricket and inspire a new generation to believe that it is a game for them, whether they follow a team, play the game, or attend a match,” says Williams. “The Hundred is particularly aiming to attract families and young people to the sport, so that they develop a life-long love for the game.”

The men’s competition started in early August with defending champions Southern Brave taking on Welsh Fire at the Ageas Bowl in Southampton. Meanwhile, the women’s competition kicked off just days ago at the Kia Oval with a match between Northern Superchargers and Oval Invincibles as part of a double-header.

The Hundred Eliminator will take place on September 2 at the Ageas Bowl, with The Hundred Final taking place at Lord’s the following day – an event that is set to mark a glorious culmination of the second edition of the game-changing cricket spectacle.

“We will again aim to offer fans an unrivalled entertainment experience at every single one of the matches across the competition,” he concludes.