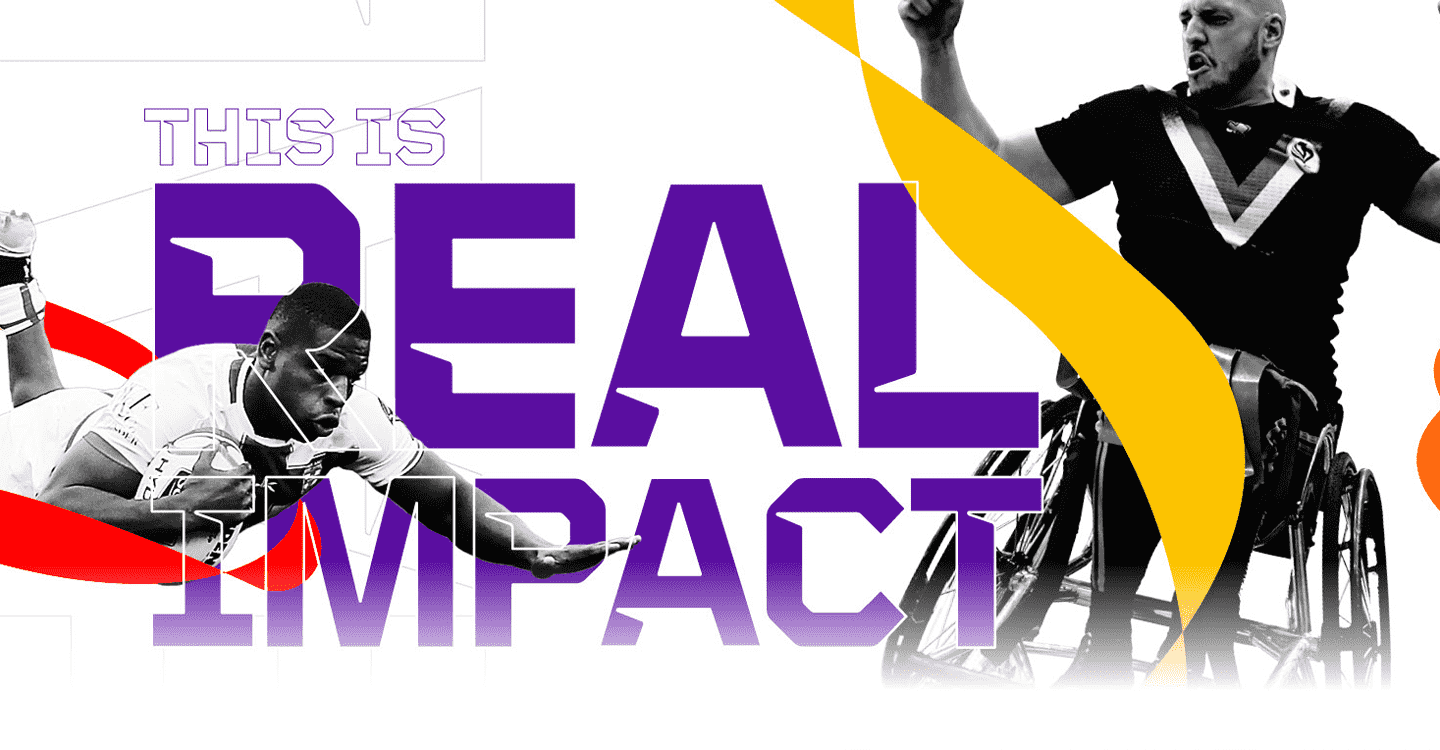 The upcoming Rugby League World Cup 2021 (RLWC2021) is set to provide a sensational show on and off the pitch, with organisers having revealed details of its accompanying cultural festival.

The tournament, which will take place in stadiums across England in October and November, will incorporate men’s, women’s and wheelchair competitions for the first time in rugby league’s long history. The RLWC2021 was originally due to take place last year but was postponed due to COVID-19 concerns.

Sixteen teams will compete across the men’s tournament this year, with eight battling it out for glory in both the women and wheelchair formats.

With the spectacle stretching across the country, organisers see it as an opportunity to attract and engage a wider audience for rugby league than ever before.

‘The Power of Together’

The Rugby League World Cup Cultural Festival is funded by Arts Council England and will take place alongside the tournament in four of the host cities – Newcastle, Hull, Leeds and Manchester.

While the main strapline is ‘The Power of Together’, the cultural festival will celebrate inclusivity and positive social impact, and will be delivered via three different strands – The Power of Connecting, The Power of Poetry and The Power of Performance: This Is Us.

“This is going to be the biggest, best and most inclusive Rugby League World Cup in history, bringing together 20 different nations from all over the world for our three tournaments,” RLWC2021 chief executive Jon Dutton tells Fan XP.

“Each nation will bring something unique, both on and off the pitch, and therefore cultural representation will be really strong throughout the whole tournament. The Cultural Festival and its three strands will allow us to demonstrate the power of a World Cup and what it can do for the community.”

Pre-tournament, ‘The Power of Connecting’ will deliver a programme of activity across libraries in the north of England in partnership with Libraries Connected. This will enable people to get involved with a range of workshops including creative writing, crafts and drama.

‘The Power of Poetry’ strand has been created by Robert Montgomery, a poet and artist, and Emergency Exit Arts. The four double poems written by eight poets will be created in light and will tour the country throughout the tournament period. The pieces will focus on inclusivity, the sound of the stadium and the joy of reconnecting in a post-COVID world.

‘The Power of Performance’ will tell three stories about rugby league and its origins as a working-class game, how the sport became more inclusive and its special connection between players and the fans. Each topic will have its own narrative, showcased through dance, arial performance, special effects, music and staging.

“We have 61 fixtures to deliver, which is more than any previous World Cup in our sport, but it’s so much more than the 80 minutes on the pitch,” says Dutton. “Yes, the best players in the world will be on show, but a World Cup is a celebration of everything, from culture to diversity, and importantly experience.

“The match day experience at each of our venues across the country will be unique – they will bring the local communities together and showcase everything good about their region. The Cultural Festival is a small part of that celebration, but will enable us to bring to life other elements of what a World Cup can bring to towns and cities.”

The opening match between the England and Samoa men’s teams at St James’ Park will also be accompanied by a Fan Village, where fans can expect a ‘carnival atmosphere’ on Newcastle Quayside. The fan zone will include family-friendly activities, food and drink stalls, activations from RLWC2021 partners, music and big screens, as well as a fireworks display.

Dutton says: “We’ve said all along that our opening fixture at St James’ Park is vital – we want a full house in Newcastle to give the tournament the best possible start. We also know that fans in the north-east will always bring their passion and enthusiasm to make any event a carnival atmosphere and we have no doubt that the Fan Village will help with that with various activities to suit everyone.

“We want everyone to have the best experience possible. Both the Cultural Festival and Fan Village will allow more people to participate in those key regions and help us celebrate everything good about the tournament.”.

The men’s and women’s tournament will culminate in a thrilling double-header final at Old Trafford in Manchester on November 19, while the wheelchair final will also takes place in Manchester on the evening of Friday 18 November.

Speaking on the excitement in the build up to the tournament, Stacey Knight , Commercial Director at CSM Live and non-executive director for the RWCL 2021 commented: “This October the eyes of the world will yet again look towards England for what will be a phenomenal world cup.

“With 61 games, 32 teams and unprecedented coverage across BBC, the tournament is set to be the most inclusive yet and showcase the culture and identity of nations, communities and host cities. For spectators each and every game will feature a plethora of entertainment both on and off the pitch, to say I’m personally excited is understating it, I literally can’t wait!”