Five Sticky Techs to Look Out for in Sport 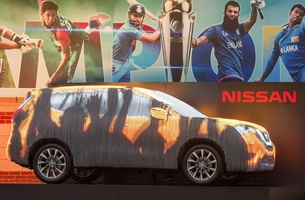 As more and more new technology enters the sporting arena, it’s only the best and the stickiest of which will endure.

Let’s define sticky as being compelling enough to remain relevant, useful and viable over the course of more than one generation, say ten years. The wheel was surely the ultimately sticky tech, still in use after fifty centuries.
In sport, television broadcast has been the most enduring technology. The first broadcast football match was in 1936, between Arsenal and Arsenal Reserves. The first World Cup to be televised was 18 years later, in 1954. However even television looks under threat, at least in traditional means, as live streaming in sport begins to gain traction, and rightly so.
There have been gains in the commercialisation of sport with the stadium too. Thirty years ago, static perimeter boards were the norm. These were slowly replaced by rotating boards, whilst LED is now the standard in most premier competitions.
Technology that sticks will achieve a value proposition of effectiveness and price. If a new technology is cheaper and equally effective, it will stick. If it is better and the value of these benefits is not outweighed by an additional cost, it will stick. The golden chalice is of course better and cheaper, although that is quite rare.
When it comes to spectator experience though, it has to be of enduring benefit. There are many ideas out there which are incredibly effective at first, but this decreases over time (i.e. people get bored). These are known as a fad, and I see a lot of technology that is undermined by this fad status.
So where next? At the risk of falling into the trap of making predictions, this is what I see as the new techs in sport that has the potential to be sticky and thus endure over the next twenty years.
Virtual Advertising
This will take over from LED, if the technology can be reliable enough – this looks encouraging, but there is a way to go and barriers to adoption. If it sticks, it will enable sponsors to target customers in different markets with varying brands, languages, and messaging. For event owners, the way they sell the rights could change, being sold by market rather than by time on an LED screen. Slightly counter-intuitively, this could mean a return from LED to traditional static signage (it can’t just be concrete for the fans in a venue).
Live Experiences on Mobile
Mobile is now ubiquitous across all aspects of our life, except for the live experience. Apps are rarely populated with great content, and the call to action happens at the wrong time. The availability of Wi-Fi and contention in mobile networks in stadia prevent genuine engagement on mobile.  New technologies such as localised Wi-Fi could solve the problem short term, and future mobile networks could potentially change the game.
Digital Ticketing
Tied in with mobile, digital ticketing will change the way we access venues. Tickets will be something which is available on mobile, in a similar way to how we use boarding passes on our devices for a flight.
Streaming
As streaming slowly dominates live television, through this, it will also take over match choice. And rightly so; it seems ludicrous that the choice of matches is restricted by what is on a particular channel right now.
Virtual Reality
VR will evolve into something less insular and become mainstream, perhaps merging with augmented reality. For the near future, 360 video is the closest we will get to a sticky change in how we watch sport. 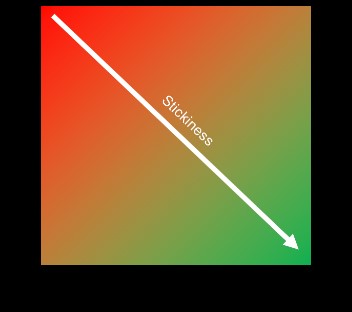