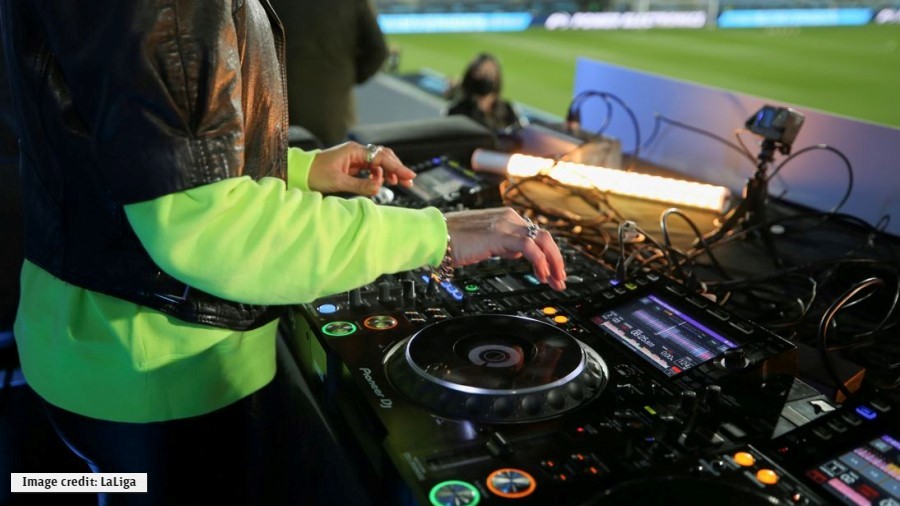 LALIGA BRINGS TOGETHER PASSION FOR MUSIC AND FOOTBALL

RCDE Stadium, the home of LaLiga club Espanyol, is set to play host later this year to a new event that promises to mix the worlds of football and music, creating an “unprecedented” experience for fans in Spain.

‘Oh my Gol! LaLiga Music Experience’ is the latest venture cooked up by the organising body of the top two divisions of Spanish club football as it continues its mission to deliver the “freshest entertainment experiences” for its fans, with a particular focus on younger audiences.

The first edition of the new event will take place on June 11 at RCDE Stadium in Barcelona, with the line-up set to be headlined by rapper Rauw Alejandro, singer María Becerra and DJ Steve Aoki.

LaLiga envisages Oh My Gol! becoming an annual event that will change venue each year, but always being held at the stadium of a top-division club.

LaLiga executive director, Óscar Mayo, said: “With this initiative, LaLiga wants to keep uniting football with excitement, this time through music, which is a universal language that is closely linked to our sport and that is part of LaLiga’s DNA.”

Music is playing an increasingly prominent role in the Spanish football fan experience – including on an individual club level across both of the top two divisions.

UD Ibiza, which sits in midtable in the Segunda División in its debut season in the professional ranks, recently gave its fans a special experience by providing acclaimed DJ Anna Tur with the platform to perform at the Can Misses Power Electronics Stadium.

A full one-hour DJ set took place before kick-off on matchday 25 against Real Zaragoza, as well as an additional performance during the half-time interval.

“We hoped that it would go down well with the fans and it certainly did. The supporters who attended the game enjoyed a different experience to what we’re used to seeing in LaLiga SmartBank,” a club representative explained.
“We received high levels of visibility and coverage on social media and in numerous local media outlets and entertainment publications.”
Coverage was secured on famous YouTuber channels, while streaming platform DAZN, which caught the atmosphere on camera, will feature the event in its ‘Club Ibiza: The Sessions’ documentary. The presence of the superstar DJ also helped to generate the club’s biggest home attendance of the season so far.

On a league-wide basis, Oh My Gol! is the latest piece of the puzzle in LaLiga’s ongoing efforts in the fan experience space, following the unveiling of ventures such as LaLiga Impulso and LaLiga Tech in recent months.

LaLiga Impulso, the investment venture between the governing body and private equity firm CVC Capital Partners, was officially signed off in December at the former’s general assembly meeting.

In total, 37 of LaLiga’s 42 member clubs across the top two divisions voted in favour of the project, which represents a total investment of €1.994bn ($2.28bn) for both sporting and business growth initiatives – with fan experience initiatives set to take a prominent role.

In September, the organisation officially launched its LaLiga Tech division, with fan engagement one of three key areas the company is seeking to address.

Featuring a team of more than 140 specialists that have designed solutions for LaLiga over the past seven years, LaLiga Tech is now offering these solutions commercially in an effort to help accelerate the digital transformation of the sports and entertainment industry.

One part of LaLiga Tech’s fan engagement focus will be enabling digital venue access with personalised in-stadium experiences. Competition apps and web platforms will also be built, including fantasy gaming to engage a global fan base, as part of a relentless push by LaLiga – and its clubs – to explore technology-driven opportunities to engage fans.